Now that is has been discovered that “Jeff Gannon” (real name James D. Guckert), a “reporter” for Talon News Service, a front operation run by the conservative Republican-oriented GOPUSA.com, was using an alias as a cleared White House reporter, details are emerging that threaten to immerse the Bush administration in a major scandal. “Gannongate,” which is only now being mentioned by the mainstream news media, threatens to expose a potentially damaging GOP pedophile and male prostitution ring dating back to the 1980s and the administration of George H. W. Bush. James D. Guckert, using the name Jeff Gannon and possibly other aliases, was also running gay porn sites, one with a U.S. Marine Corps theme that solicited males for prostitution. White House Press Secretary Scott McClellan said he did not realize Gannon was using an alias until recently. However, rumors in the gay community are circulating about McClellan frequenting gay bars in Austin, Texas. Gannon bypassed established Secret Service security controls, including a background check requiring a social security number, to obtain a White House press pass that identified him by an alias, an action seen by many seasoned Washington journalists as only being possible if he had favorable treatment from White House staff, especially McClellan and his predecessor, Ari Fleischer. One White House reporter expressed revulsion over the fact that it was Fleischer who took away press credential from the late long-time White House correspondent Sarah McClendon and handed them to Gannon.

GOPUSA.com is run by a right-wing Texan and Bush friend named Bobby Eberle. In 2003, GOPUSA.com launched a vicious anti-Semitic attack against international financier George Soros, a leading philanthropist for progressive causes and a major contributor to the Democratic Party. 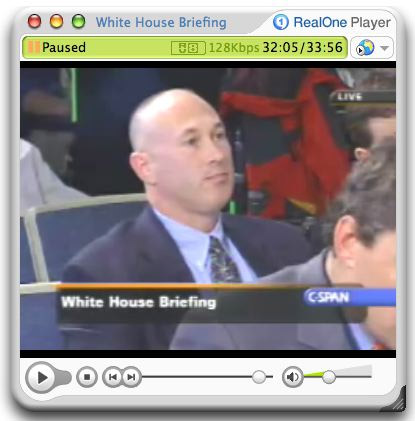 In 2003, Gannon was reportedly given access by White House staff to a classified State Department Bureau of Intelligence and Research memorandum regarding a CIA meeting involving the dispatch of former U.S. ambassador Joseph Wilson to Niger to investigate claims, which turned out to be false, that Iraq had attempted to procure yellowcake uranium from the West African country. The Wilson case ultimately led to a leak to the media by unnamed White House staff of Wilson’s wife’s name and identity as a covert CIA agent.

It was also revealed that Jeffgannon.com had been registered by the same Delaware-based company that had registered other Republican-oriented web sites along with those catering to pornographic military gay themes and male escort services.

TalonNews.com and GOPUSA.com are both registered to Endeavor Media Group LLC, operating from Post Office Box 891354 in Houston, Texas. The phone number provided is 999-999-9999. The registrant for a series of web sites, including Jeffgannon.com, Theconservativeguy.com, Exposejessejackson.com, Militaryescorts.com, militaryescortsm4m.com, and hotmilitarystud.com is Bedrock Corporation of 4001 Kennett Pike in Wilmington, Delaware. Bedrock is owned by Jim Guckert, the apparent real identity of Jeff Gannon. The administrative contact for Bedrock was listed as “J. Daniels,” possibly another alias. After the Gannon story broke, militaryescorts.com and hotmilitarystud.com were redirected to a secure log-in site at Cupertino, California-based http://www.dividezero.net/, which was registered to GKG.Net, which had a contact email in College Station, Texas, the home of Texas A&M University and the George H.W. Bush presidential library. Dividezero.net had a secure log-in window but no subscription information. Experts who track illegal content on the web, including child pornography, report that such sites are common where log-in information is provided separately by regular mail so that the identities of subscribers cannot be easily tracked by on-line enrolment and entry of credit card information. 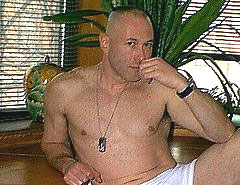 Gannongate is reminiscent of a huge political scandal that surfaced in Nebraska in 1989 when it was learned that Lawrence King, the head of Franklin Community Credit Union in Omaha and a rising African American star in the GOP (he sang the national anthem at George H. W. Bush’s 1988 nominating convention in New Orleans), was a kingpin, along with top Republicans in Nebraska and Washington, DC, including George H. W. Bush, in a child prostitution and pedophilia scandal. King was later convicted and jailed for fraud but pedophile and prostitution charges were never brought against him and other Nebraska Republican businessmen and politicians.

The scandal, investigated by Nebraska State Senator Loran Schmit, his assistant John DeCamp (a former GOP State Senator), State Senate Committee investigator Gary Caradori, and former CIA Director William Colby, reached the very top echelons of the George H. W. Bush administration and GOP. Child prostitutes from Boys Town and other orphanages in Nebraska as well as children procured from China were reportedly flown to Washington for sexcapades with Republican politicians. GOP lobbyist Craig Spence and a number of GOP officials in the administration and Congress were implicated in the scandal, including Labor Secretary Elizabeth Dole’s liaison to the White House. Young male members of the military in Washington, DC were particularly sought after by the prostitution ring. During the early 1980s, a number of naval officers were implicated in a child pornography ring that extended from Oregon to the San Francisco Bay area and to Chicago and Washington, DC. The story about that ring was covered up by then-Secretary of the Navy John Lehman.

The Nebraska pedophile scandal was similarly covered up on orders from the highest levels of power in the Bush White House. Caradori and his young son were killed in a suspicious plane crash in Illinois in 1990. Colby was found floating dead in the Chesapeake Bay, near his home, in 1996. Craig Spence allegedly committed suicide in 1989. Witnesses, many of whom were abused themselves, were intimidated and subsequently jailed in Nebraska and the investigation of the pedophile scandal eventually collapsed. The entire military aspect of the King-Spence scandal is now being repeated in Washington in Gannongate.

Gannon (Guckert) has been a major player in GOP and fundamentalist Christian politics in Washington and around the country. In 2004, “Jeff Gannon” was a featured speaker at a Capitol Hill bible reading sponsored by anti-abortion Operation Rescue head Reverend Rob Schenk. In 1995, Schenk was the spokesman for the American Center for Law and Justice, an anti-abortion group funded by Pat Robertson. Schenk was also a major supporter of former Alabama Supreme Court Justice Roy Moore, who was removed from office for refusing to comply with a Federal court order.

Schenk, who attended prayer meetings at John Ashcroft’s Capitol Hill apartment after Ashcroft came to Washington in 1994, established his Pentecostal National Community Church at the dilapidated Giddings School in a crime-ridden neighborhood in Southeast Washington. One of his congregants was Ashcroft. The Hill newspaper ran an article on July 30, 2003, about a controversy surrounding plans by the community development Eighth Street Main Street Project to place park benches in a small triangular park at 8th and I Streets in Southeast Washington, opposite the U.S. Marine Corps Barracks. The paper reported that a “community activist” named Jeff Gannon vehemently opposed the park bench plan claiming it would attract “vagrants, alcoholics, and other ‘problem personalities.’” The park is located just five blocks from the school where “reporter” Gannon’s friend Schenk first located his Pentecostal church.

Gannon hosted a web-based radio program called “Jeff Gannon’s Washington,” broadcast on his own web site, Jeffgannon.com, and Righttalk.com, a conservative GOP site whose registrant is based in Watsonville, California. Gannon’s only journalism credentials were his attendance at a two-day seminar at the Leadership Institute’s Broadcast School of Journalism in Arlington, Virginia. The head of the Leadership Institute is Morton Blackwell, a former Reagan administration official and a one-time head of the College Republicans, a post that Karl Rove also filled.

Ironically, many of Gannon's articles were anti-gay rights, such as one that insinuated that John Kerry's "pro-homosexual platform" would make him the nation's "first gay president."